a golden brooch object which is a replica of a clip-on microphone typically used in documentary films and interviews. It bears the title of a poem by Samuel Taylor Coleridge from 1798. This poem, which gives an account of the experiences of a homecoming mariner, was mentioned by the Holocaust survivor Primo Levi as an example of the necessity of reporting as a witness for those who can no longer do so. In this sense, the object signifies the moment of transference between witness and listener and the juncture between oral testimony and aural document. 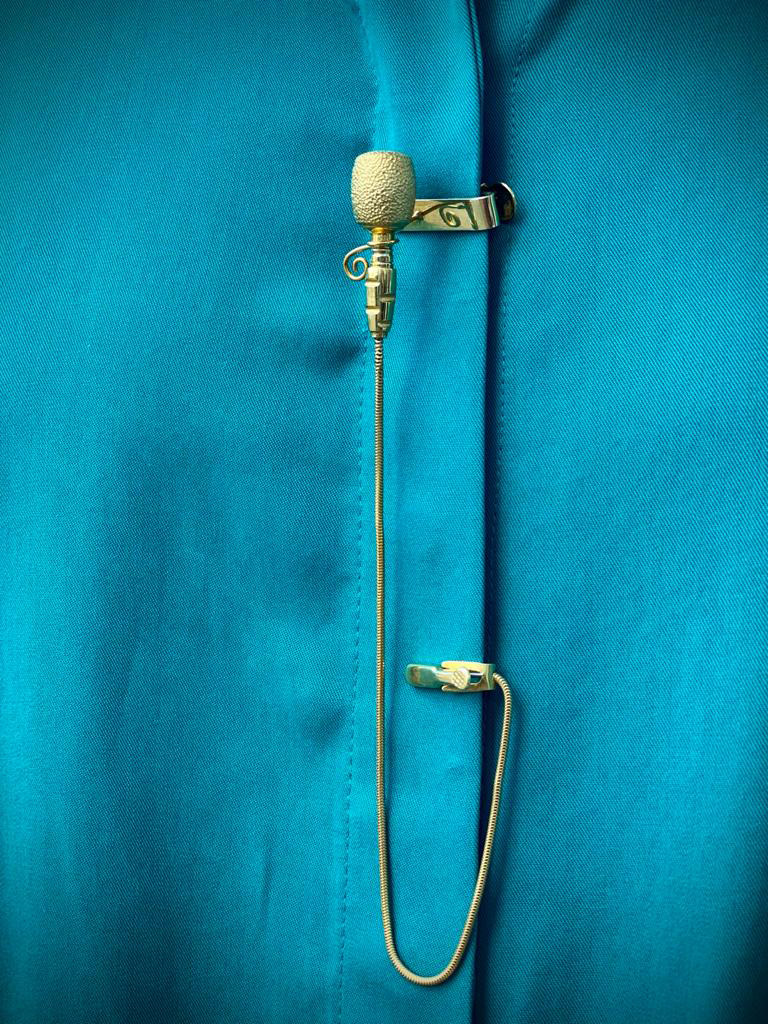