Lifta, a former village on the outskirts of Jerusalem, represents the tragedy of the Palestinians.
Their homes and culture, once a booming and wealthy village with more than 2500 inhabitants, had to flee in the 1948 Arab Israeli war. The abandoned village was at first settled with Jewish refugees from Yemen and Kurdistan, who on their part had been expelled from their Arab home countries as a result of the founding of Israel. However, Lifta was later partially deconstructed by blowing holes into the ceilings of buildings in order to prevent the return of Palestinians. In contrast to most Palestininan villages Lifta was never entirely destroyed, several plans to rebuild it as a neighbourhood and turn it into a luxury resort, have failed.

In close reference to Gordon Matta-Clark’s practice, and with a reversal of his title „Reality Properties: Fake Estates“ (1973), photographs, historical documents and news clippings ensemble a diverse illustration of a history where politics, economical interests and concerns of cultural identity are represented in architecture and structural characteristics. Using various techniques of printing and reference to sources, „Reality Estates: Fake Properties, Lifta“, does not create a linear narration of historical events or try to provide a specific political or moral point of view – it much rather functions as a lose assemblage of material that on one hand illustrates the diversity of the conflict itself. However on an abstract level, the work uses the purely formal character of the found architecture – holes in ceilings while the supporting walls seem stable. This gesture acts as another reference to Matta-Clark‘s work, with the distinction that these holes are the result of strategical and political destruction, rather than sculptural decisions made by the artist. 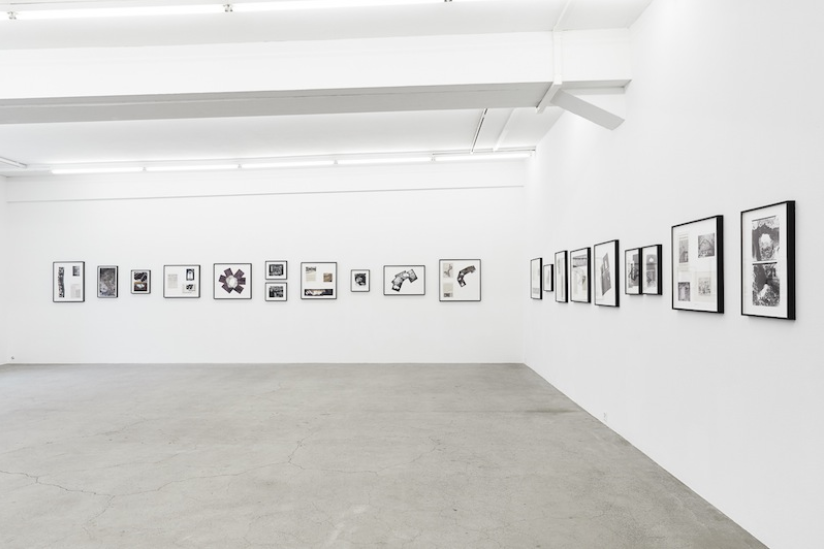 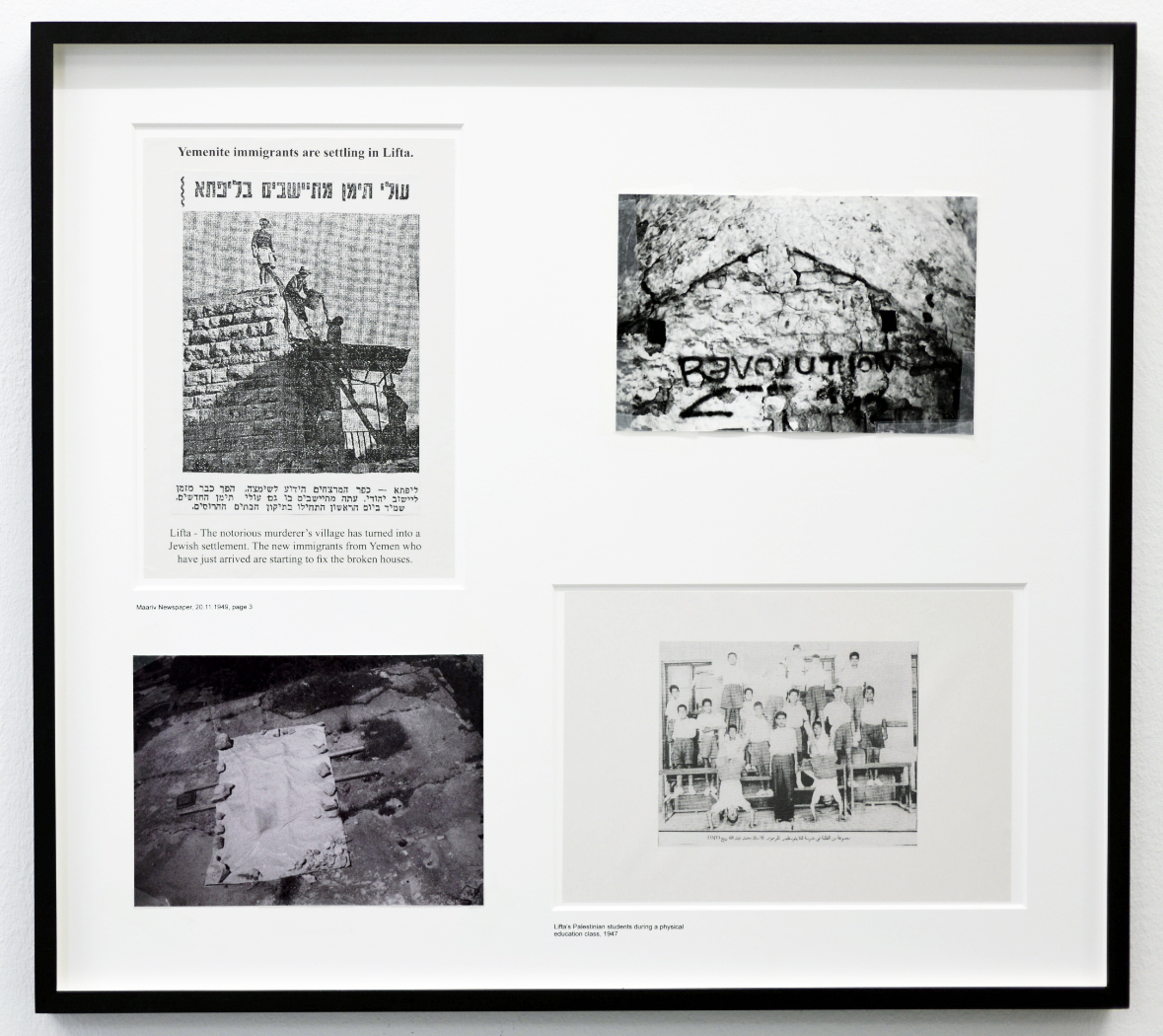 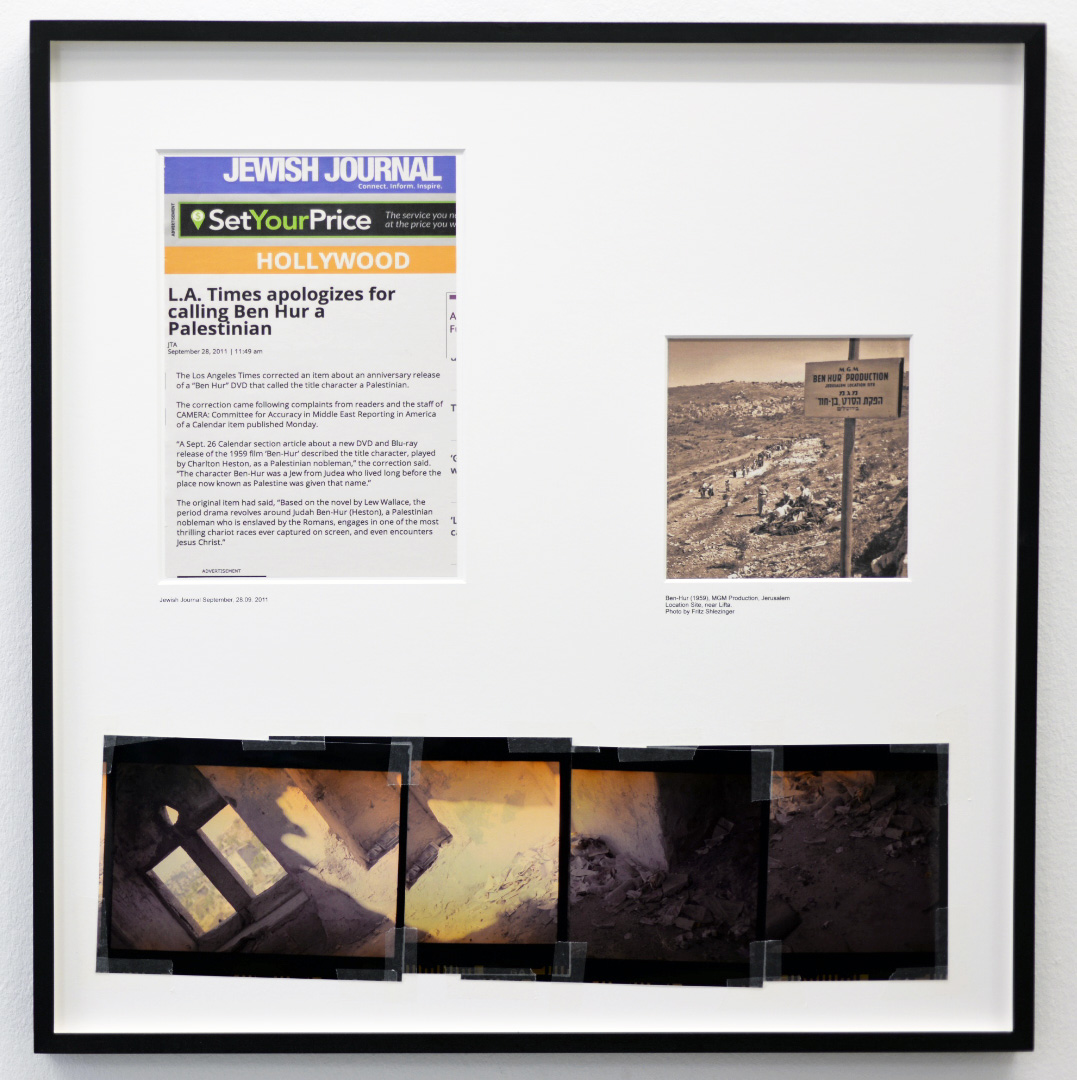 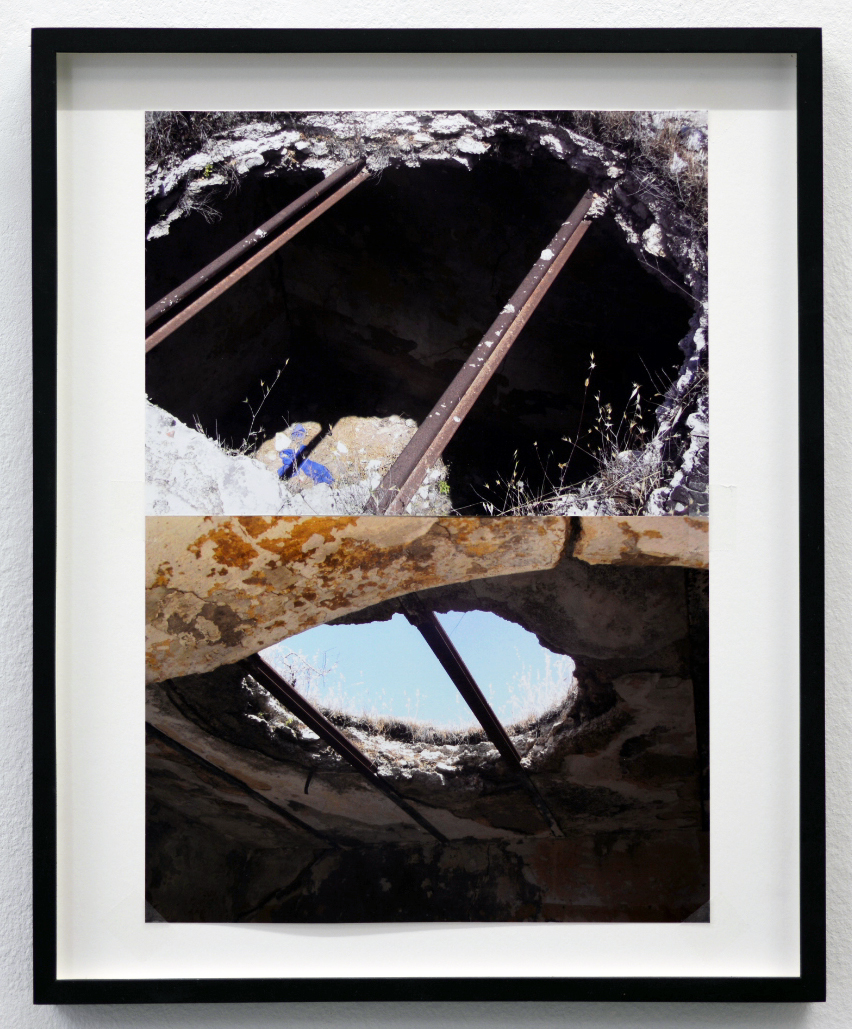