Krapp’s Last Tape is a one-act play, written in English in 1958, by Samuel Beckett. The play consists of a cast of one man and a tape recorder. The plot takes place on Krapp’s sixty-ninth birthday and, as has become his custom, he hauls out his old tape recorder to review one of the earlier years – in this case the recording he made when he was thirty nine  and makes a new recording commenting on the events of the previous twelve months. The play is structured as a monologue/dialogue between Krapp and his voice recorded on tape. He listens and comments. Through the recordings Krapp reviews his own past, and slowly the audience understands that he has nothing left but his past as his voice on tape.
The play was adapted as a sound performance. The theatrical set of objects: Krapp’s desk, chair, the stage and the tape recorder were amplified using contact microphones – a type of microphone that amplifies vibrations into sound. When Beckett directed the play himself he instructed the actor to try to become one body with the machine, saying: “Krapp no longer owns the memories on the tapes. His mind is no longer capable of holding onto them”. Taking a musical approach to the play, the text is used as a musical score, while the objects are the instruments played by the actor, and the actor’s amplified movements become a sonic composition that is no longer attached to his body, but returns as a playback to the stage. The character’s behaviour conducts the way it will be heard by the audience. However loud audio feedback occurs, and the character becomes irritated by what is created by his own body – an analogue action that is his reaction to his recorded voice from the past. 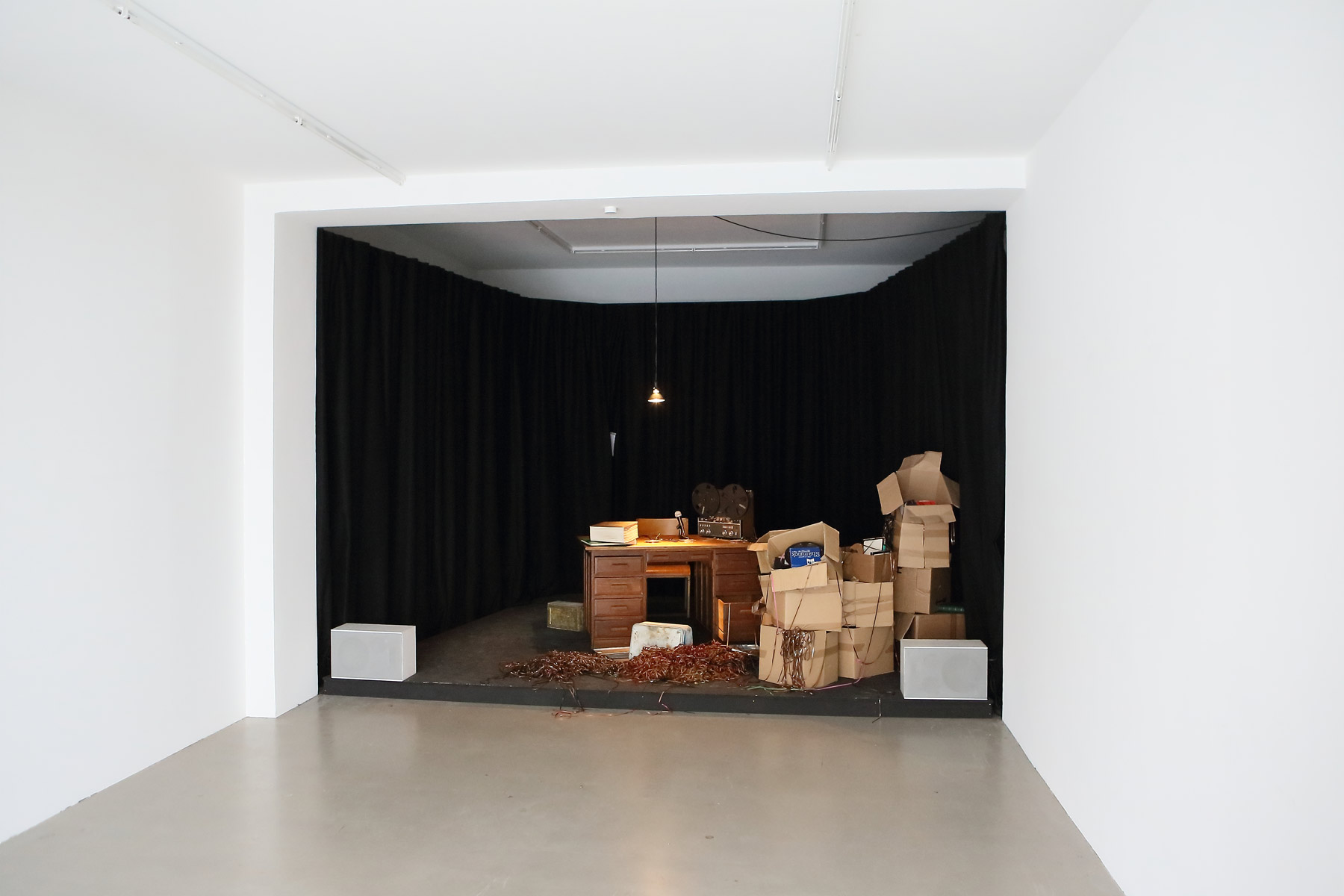 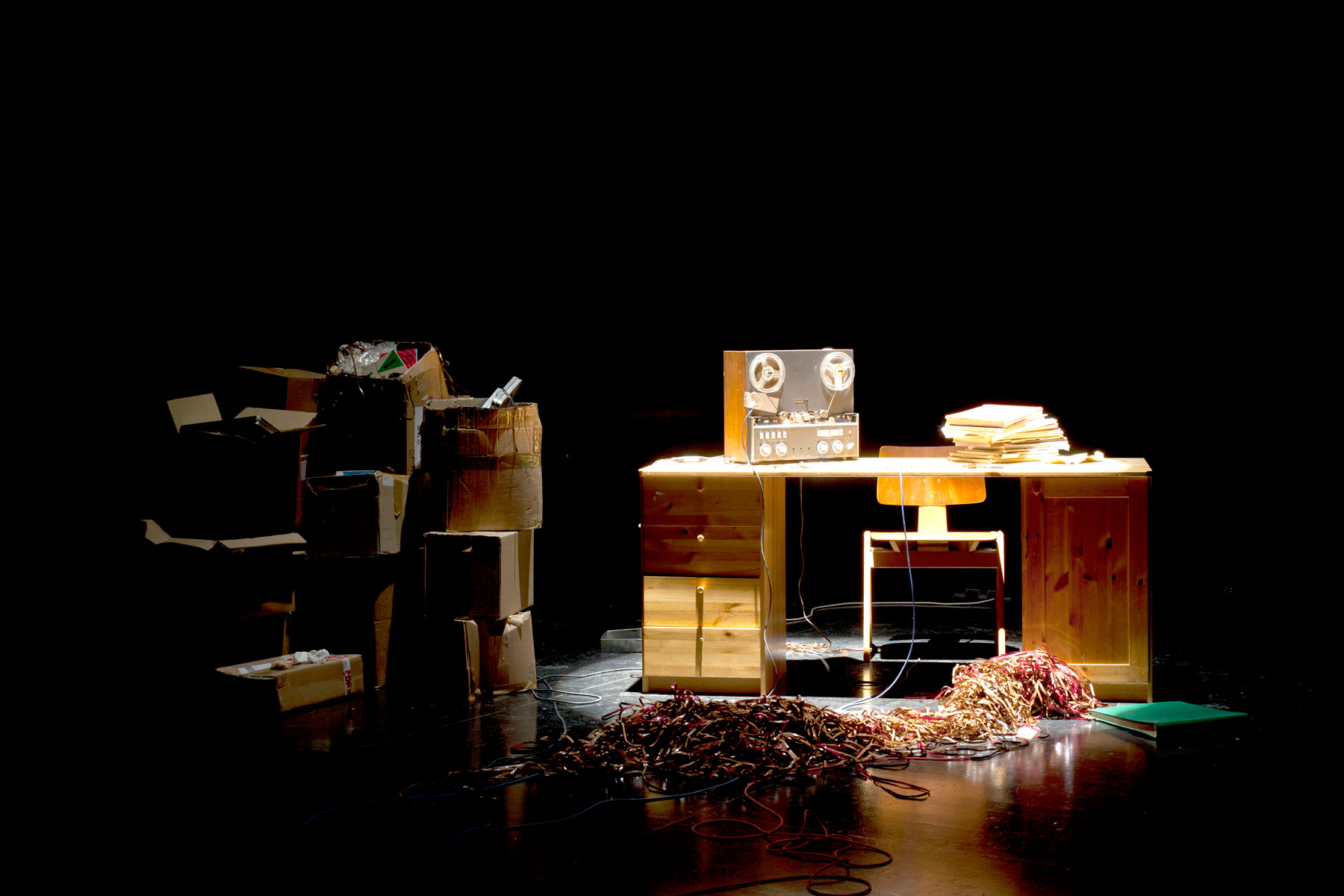 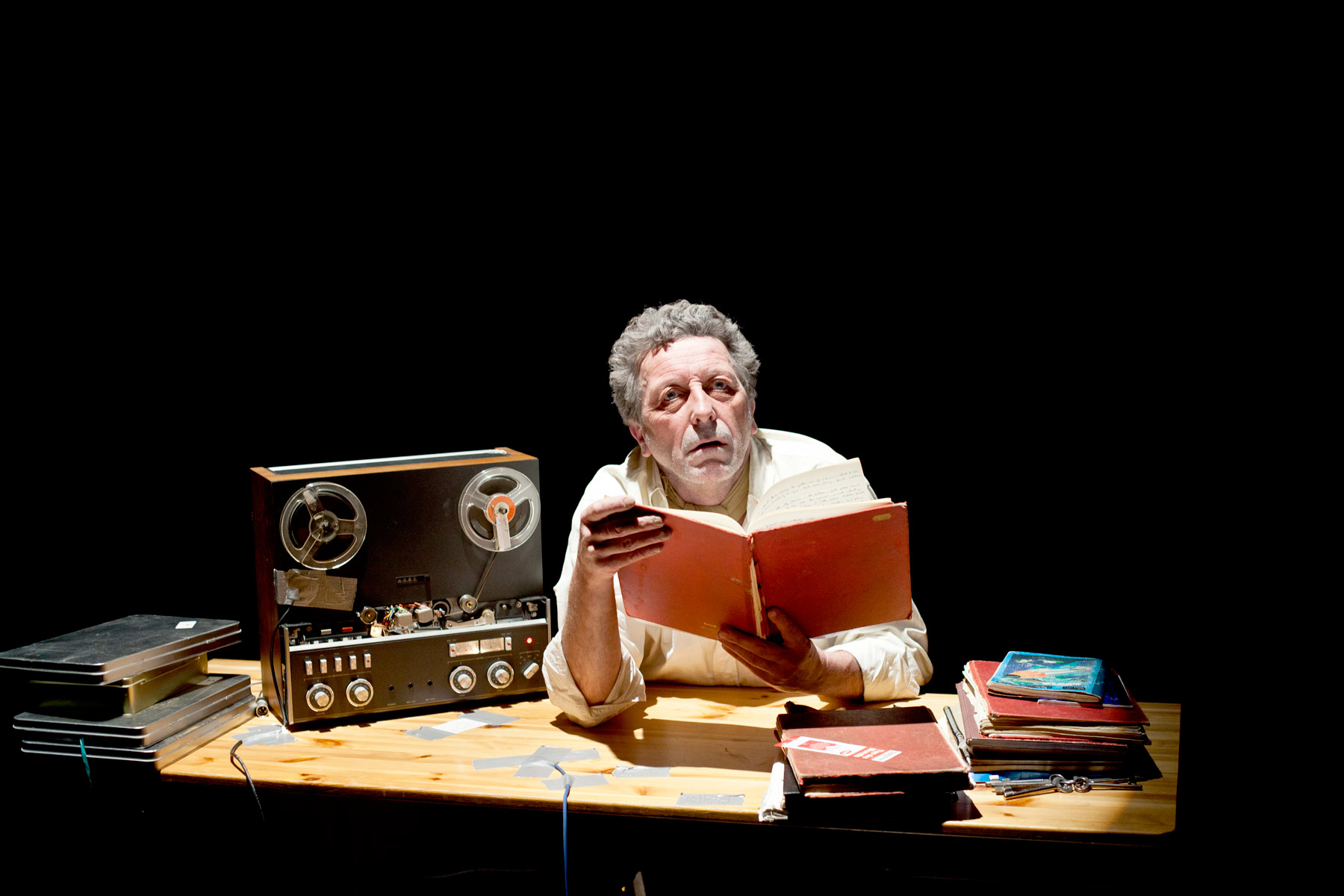 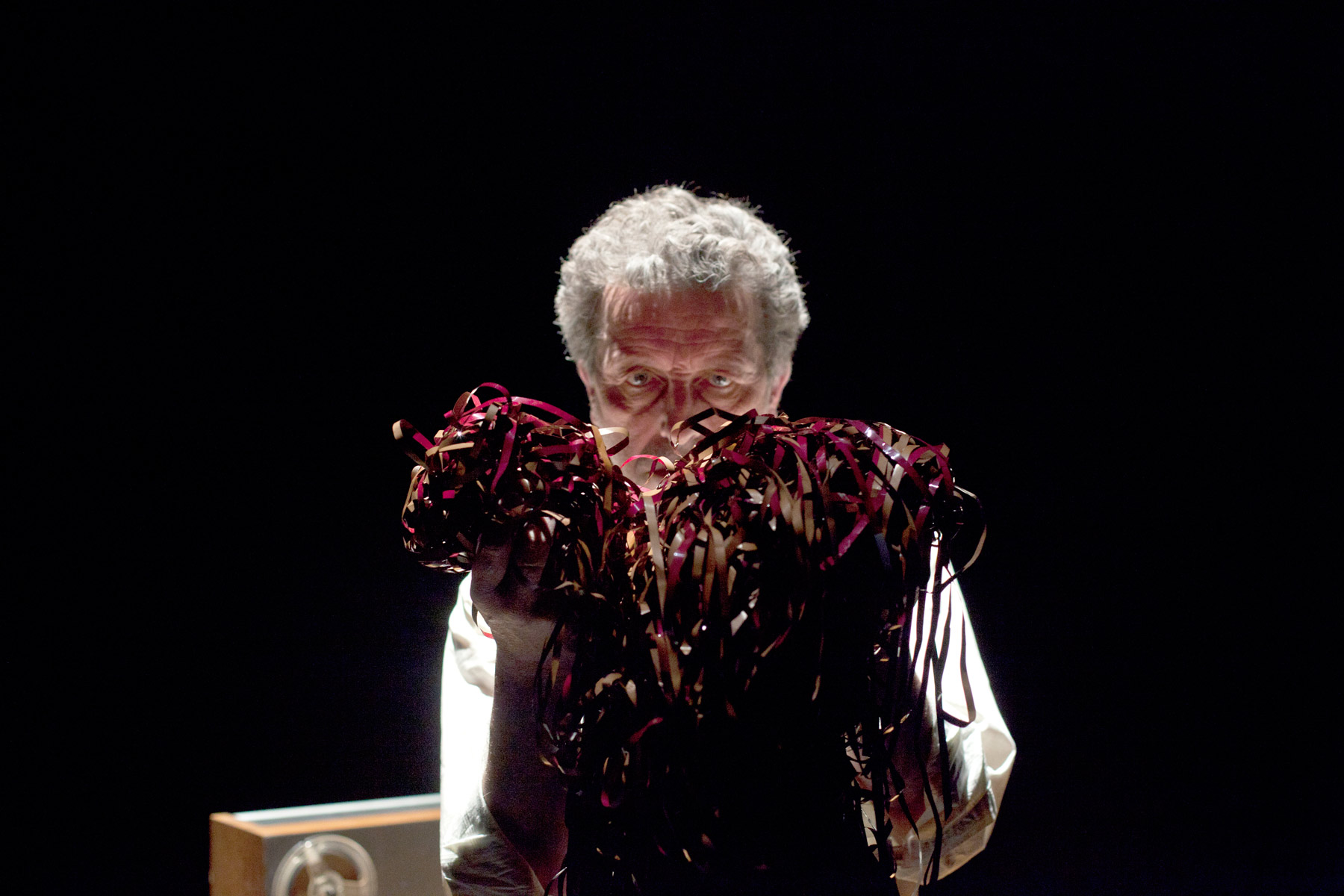