The work derives from a controversy around the classic Hebrew novella Khirbet Khizeh by Israeli author S. Yizhar published in 1949, in which he described the expulsion of Palestinian Arabs from their village by the Israeli Army during the 1948 Arab-Israeli War. The story became a bestseller, was included in the Israeli high school curriculum in 1964 and adapted into the television film in 1978, titled “Khirbet Khizeh”.

On February 15th, 1978, the film should have been shown on the Israeli TV. 90 minutes before the showing of the film it has been cancelled by the Minister of Education and Culture due to its content shedding doubt on the Zionist narrative. The unprecedented cancellation of a TV show through the government prompted protests against censorship from a coalition of artists, authors, lawyers, parliament members, journalists and TV technicians. However, the public polemic for and against airing the film became a fight for the freedom of information rather than an argument about the content of the film.
As result of this, TV newsmen vented their feelings by letting Israeli screens go dark for 50 minutes- the length of the controversial film, on the day after the Minister’s order.

The installation consists of three unsynchronized elements: The original sound track of the TV film Khirbet Khizeh was translated into English and adapted into a radio play with professional actors, combining it with an interview with film’s director Ram Loevy. The piece is played through a surrounding sound system. As a graphic translation of his audio work, the artist also adapted the optical soundtrack of the mentioned film, shown on a black and white television monitor. The visual result is a thin, moving and horizontal line. Among other references, this video projection relates to Nam June Paik’s Zen For TV, 1963, which shows astatic, white line running vertically across a black TV screen. Paik adapted his work into a second version where the line runs horizontally in 1976, the year the production of the TV film was started. For the presentation, I will show the video part of the work with the direct referens to “zen for tv” by paik witch is part of monuk collection. 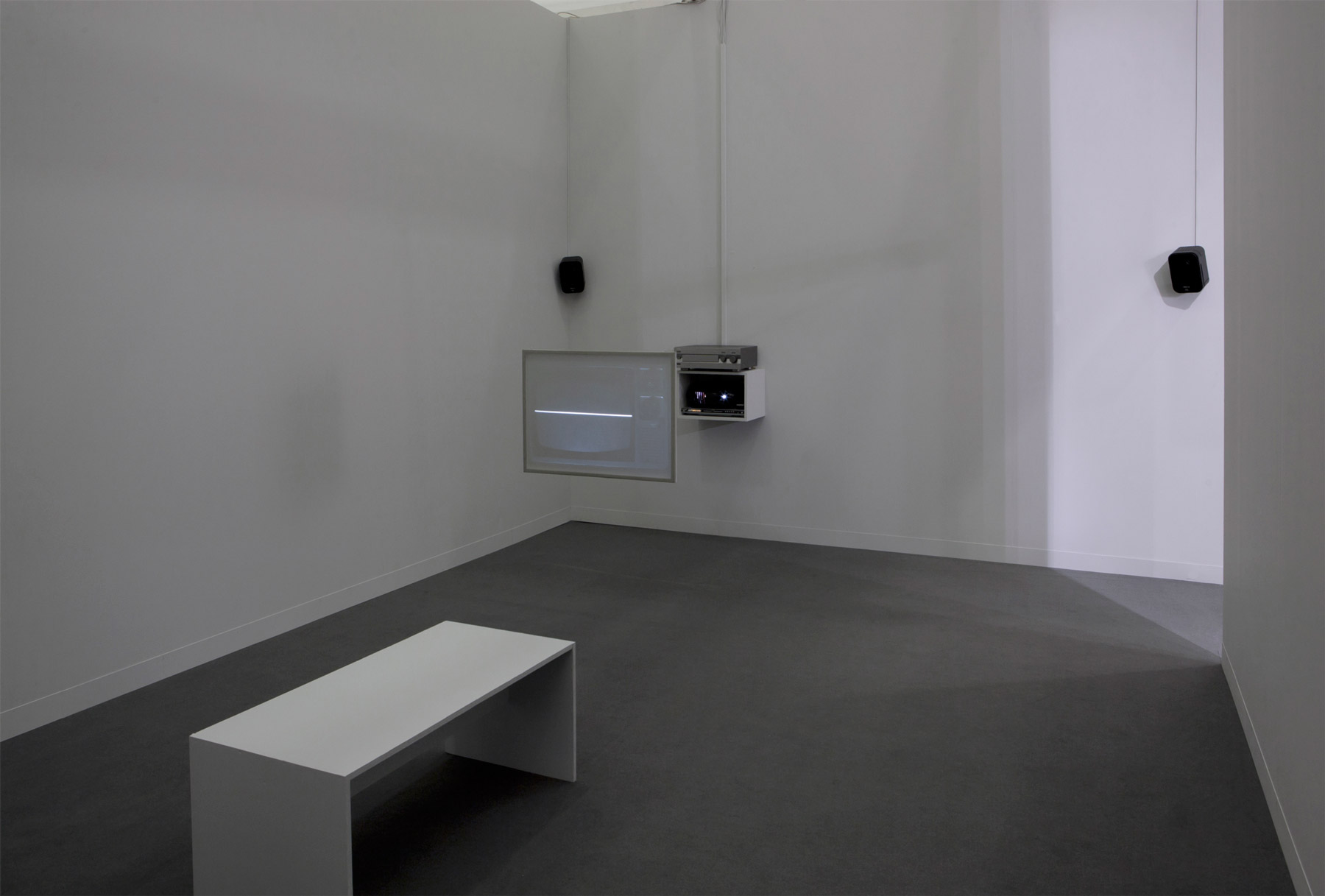 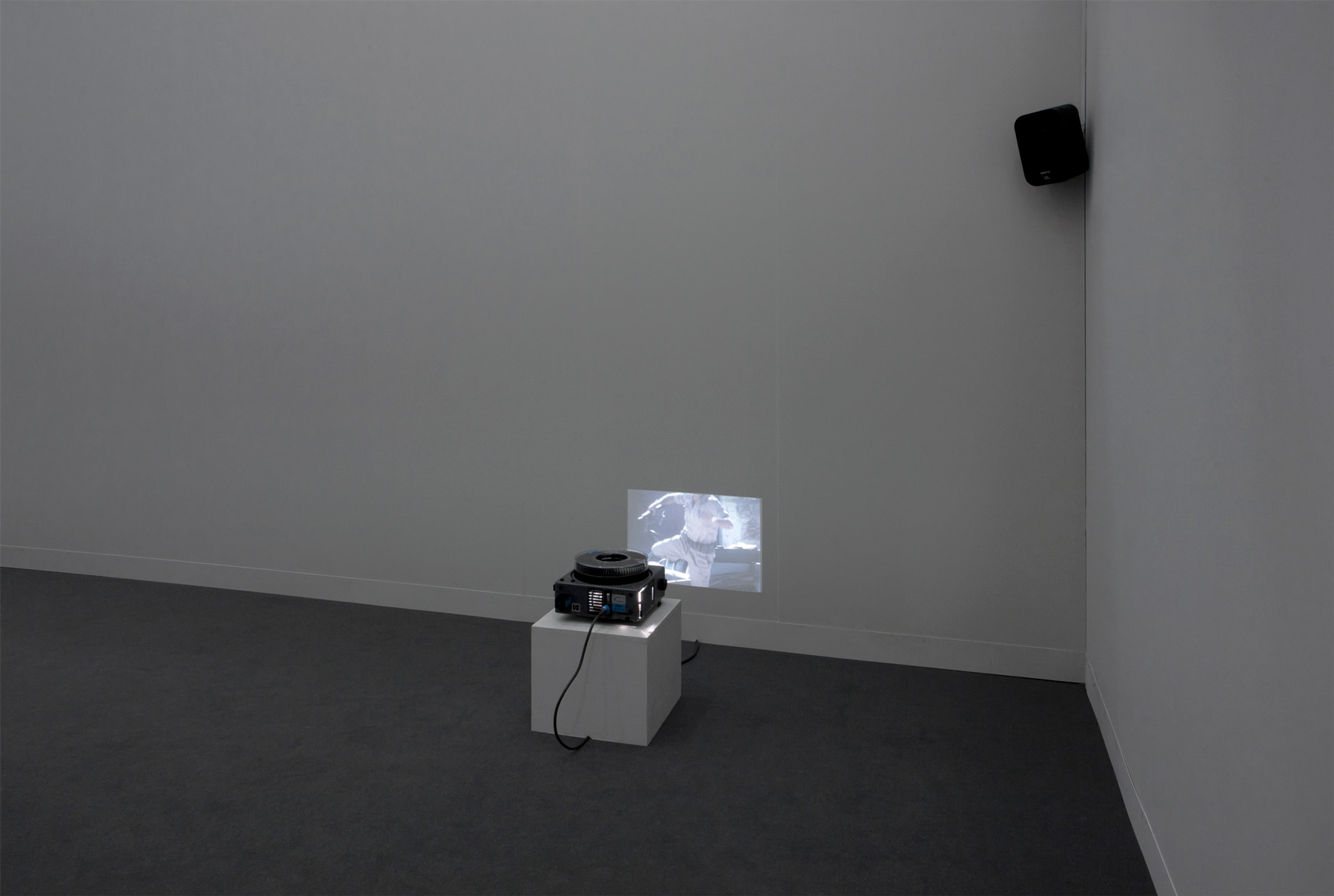 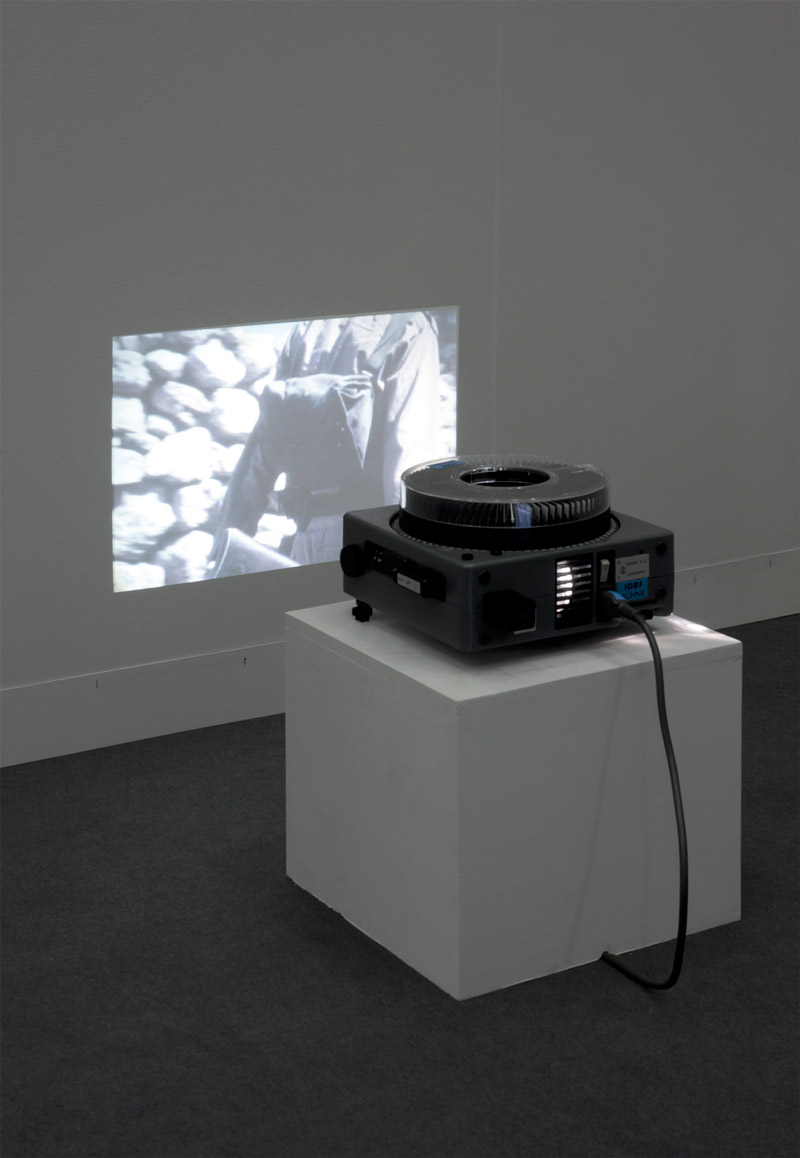