Black Magic Marker’ shows musician and producer Lee ‘Scratch’ Perry in his current residence at Einsiedeln (Switzerland). The Lee Perry operated Black Ark Studio in Kingston, and its unique sounds central to the progression and promotion of the Jamaican music scene, mysteriously went up in flames in 1979. Lee Scratch Perry, known as the ‘Upsetter’, psalmodises, in the midst of walls strewn with characters strongly reminiscent of his former studio, on divine power, animalistic objects and the power of symbols and words to become reality. 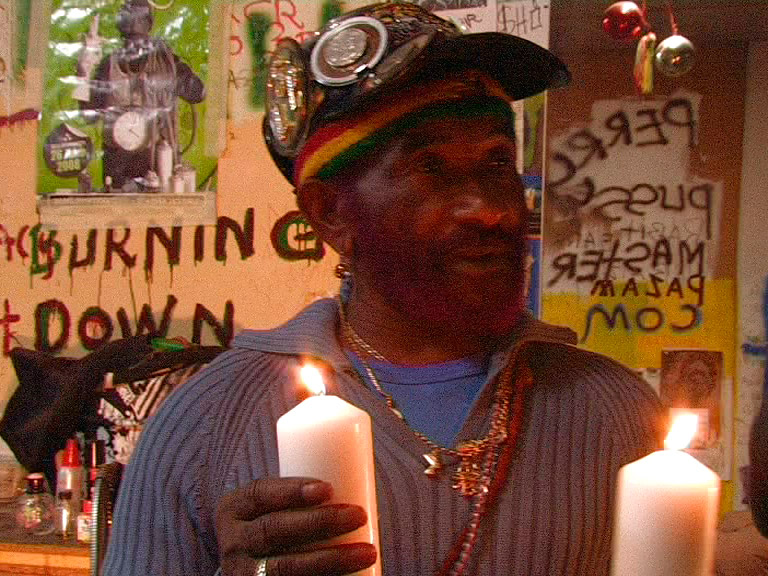 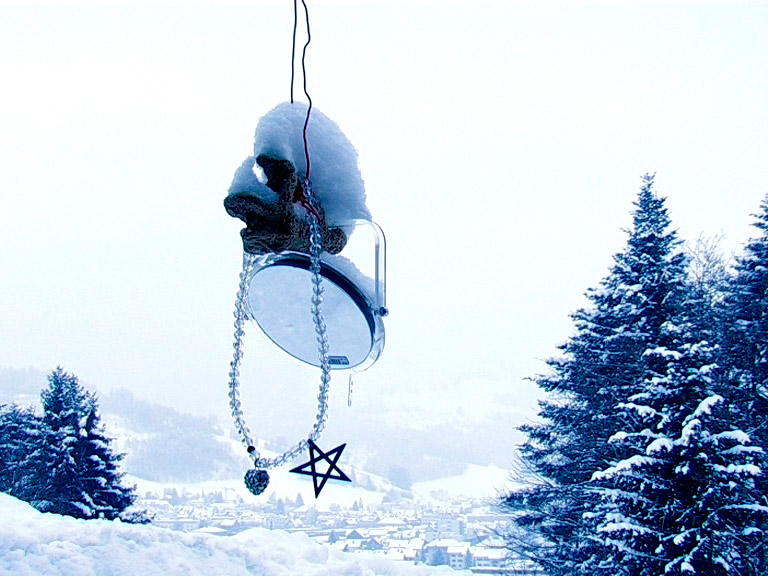 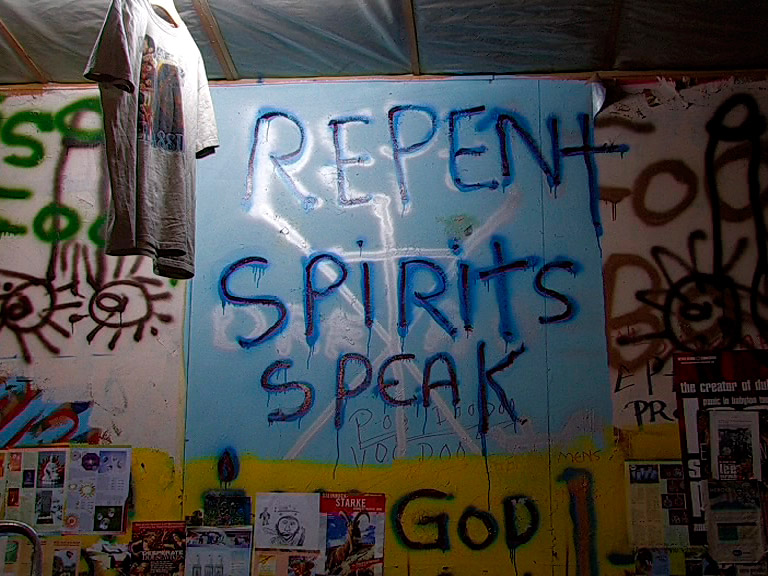 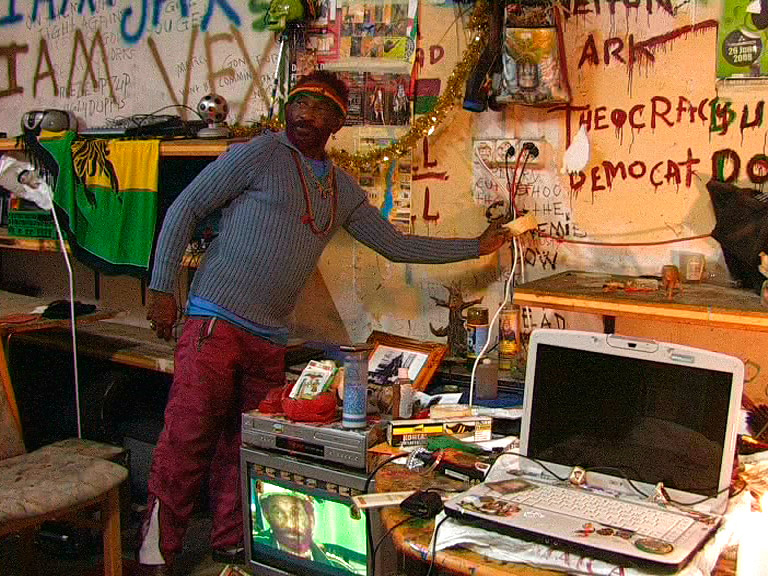